Skip to content
Home » What is Ectodermal Dysplasia? » Types of ED » Incontinentia Pigmenti

Incontinentia Pigmenti is an ectodermal dysplasia and is a rare genetic disorder mostly affecting girls. Only in very exceptional circumstances does it affect boys.

Incontinentia Pigmenti is characterised by abnormalities of the skin, hair, teeth, eyes and nails and may be linked with neurological problems in some cases.

There are typically four stages that occur one after the other, though they may overlap.  No specific treatment is needed for the skin changes.

Stage 1 – is the appearance of a blistered skin rash, usually present at birth or soon after birth, normally disappearing by the age of 4 months.  This rash may occur anywhere on the body, but is most commonly seen on the limbs and scalp, and rarely on the face.  Blistering may recur throughout childhood and into adulthood, but is much less severe than the initial bout of early blistering.  During this stage, the blisters should be kept clean and dry. It is common for these blisters to be mistaken for chicken pox, herpes, scabies and impetigo, especially when there is no previous family history of Incontinentia Pigmenti.  This can lead to unnecessary treatment until a firm diagnosis of Incontinentia Pigmenti has been made. 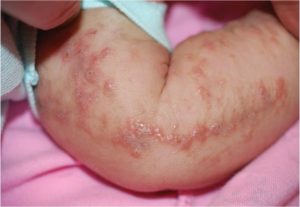 Stage 2 – is the verrucous (wart-like) stage.  There can be either thick crusts or scabs with healing or areas of increased pigmentation (darkened skin).  These skin lesions may be present at birth (implying that the blistered stage took place in the womb), but it often evolves after the first stage.  In most cases these clear by six months of age.

Stage 3 – is the hyperpigmented stage in which the skin is darkened in a streaked and swirled pattern that has been likened to marble cake typically on the skin of the trunk and groin.  It may be present at birth, but usually begins between 6 and 12 months of life as the blisters heal.  The hyperpigmentation may or may not correspond to the areas that were involved in stages I and II.  The severity of this stage may range from being barely noticeable to extensive involvement of the skin. These brown streaks remain intense for a few years, fading during adolescence and generally disappearing by the age of 20.  This is the stage that gives the condition its name.

Stage 4 – is the atrophic (scarred) stage.   These scars are often present before the hyperpigmentation has faded and are seen in adolescents and adults as pale, hairless patches or streaks. These are most easily seen when they are on the calf or on the scalp because hair doesn’t grow in the scarred areas.   Once most patients reach adulthood (late teens and beyond), the skin changes and these pale patches are usually very subtle and can only be seen when viewed under ultra violet light.

Disorders that are somewhat similar to and occasionally confused with Incontinentia Pigmenti include Focal Dermal Hypoplasia, infections (caused by herpes, varicella-zoster virus, staphylococcus, or streptococcus), Epidermolysis Bullosa, linear epidermal nevi, linear and whorled hypermelanosis, congenital Ichthyosiform Erythroderma, and congenital Bullous Mastocytosis. Hypomelanosis of Ito (HI) is also confused with Incontinentia Pigmenti, but HI never has bullous (blisters) or verrucous skin lesions, and the swirled and linear skin is under pigmented compared to the normal surrounding skin.

One of the main factors of Ectodermal Dysplasia is the lack of temperature control.  Children who have Incontinentia Pigmenti also have an inability to sweat due to absent or reduced sweat glands and ther 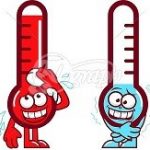 efore overheat at any time of year, either from atmospheric temperatures or an impending infection.  This can be dangerous particularly to the very young.  There can also be problems in the winter months in maintaining adequate body temperature, i.e. they get too cold and have difficulty in warming up. Whether overheating (hyperthermia) or under heating (hypothermia) the child may become tired, lethargic, appear to be in a dream, unable to concentrate or listen, become disruptive or unco-operative.  They must be cooled down or warmed up.   One sign for some individuals is that their ears go very red whilst the body remains pale when they are overheating.  As your child gets older the problem gets easier to deal with, although it will never go away.

Dental abnormalities are very frequent in people with Incontinentia Pigmenti with over 60% having been reported as affected.  Hypodontia, the absence of some teeth, has been seen in 43% of individuals.  Other features have also been reported in various combinations such as conical teeth, small teeth and delayed or incomplete tooth eruption.  Both primary and permanent teeth may be affected.  There have also been some reports of poor mineralization of the teeth.  Few individuals have serious dental problems and most can be helped as necessary with orthodontics to align the teeth and prosthodontics to improve their appearance and restore any gaps which are causing concern.

Up to 40% of Incontinentia Pigmenti patients may have problems with the nails on their fingers and toes.  The nails may be pitted, ridged, thickened (onychogryposis), or completely disrupted.  When present, these signs often affect most or all of the nails of the hands and feet and are usually mild and transient, although they can recur.  Occasionally, benign growths develop under the nail bed, which can be painful and may be linked to bone deformities at the ends of the fingers.

For the most part, individuals do not have substantial problems with their hair.  Some girls with Incontinentia Pigmenti have thin hair and a few may have bald patches.  Later, about half of individuals with Incontinentia Pigmenti have minor abnormalities of their hair, usually a loss or thinning of hair (alopecia) on the crown of the head.  Hair colour is normal, but the hair may be coarse, wiry, and “lustreless”. 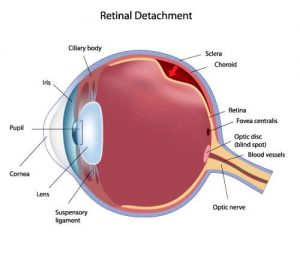 and the associated scarring, bleeding and detachment of the retina can cause loss of vision, but may be treated if recognized sufficiently early.

Our knowledge of the natural history of the retinal changes in Incontinentia Pigmenti is not complete and the duration of screening remains unclear, therefore ophthalmology review should be continued on regular basis throughout childhood.

An ocular assessment can be arranged by referral from a GP to the local ophthalmology department.

A small number of women may have some asymmetry in the size and shape of their breasts, extra nipples or possible absence of breast tissue.

Incontinentia Pigmenti is caused by a change in a gene called NEMO. This gene is on the X chromosome. We have a total of 46 chromosomes in each cell of our body. Most of these are the same in both sexes, but females have two X chromosomes and males have an X and a Y chromosome. If a male foetus had an alteration in the NEMO gene, it would almost certainly miscarry. This is why Incontinentia Pigmenti affects females almost exclusively.  Females can tolerate having one altered NEMO gene on one X chromosome, since the other, normal gene on the other X chromosome dilutes the effect of the altered gene.

In most cases the altered NEMO gene is passed from mother to daughter. In other cases, the NEMO gene is normal in both parents, but a change occurs in the gene when it is passed in the egg or sperm that made the female.

Since the recent discovery of the NEMO gene, it has been possible to test the gene.  This may be done to confirm the diagnosis.  Testing in pregnancy may be offered.

In the future, identification of the Incontinentia Pigmenti gene should allow development of a prenatal diagnostic test.  This would allow expectant mothers to determine whether the child they are carrying has Incontinentia Pigmenti. Ultimately, it may be possible to use in vitro fertilisation/pre-implantation techniques to select healthy embryos prior to implantation.

Research into therapies and better ways to treat specific symptoms must proceed while geneticists and biochemists strive to uncover the molecular mysteries of NEMO.   As some the symptoms of Incontinentia Pigmenti are similar to those experienced in ED, the ED Society documents relating day to day management can be followed.

But there is reason for hope. It may be possible to manipulate other biochemical pathways to compensate for the loss of function of NEMO.

For certain, the discovery of NEMO now allows for a more assured molecular diagnosis in prenatal cases.

Protocol for the diagnosis, care and treatment of Incontinentia Pigmenti

When to suspect a visual problem in a child

IP – small, but not significant

The EYE in IP

How I came to specialise in the Genetics of IP